shoots 8 projectiles in a circle around player, cooldown 20s

creates a tempest that sucks enemies in, cooldown 20s

spawns a bomb that deals damage in a radius based on distance to the targets, cooldown 60s 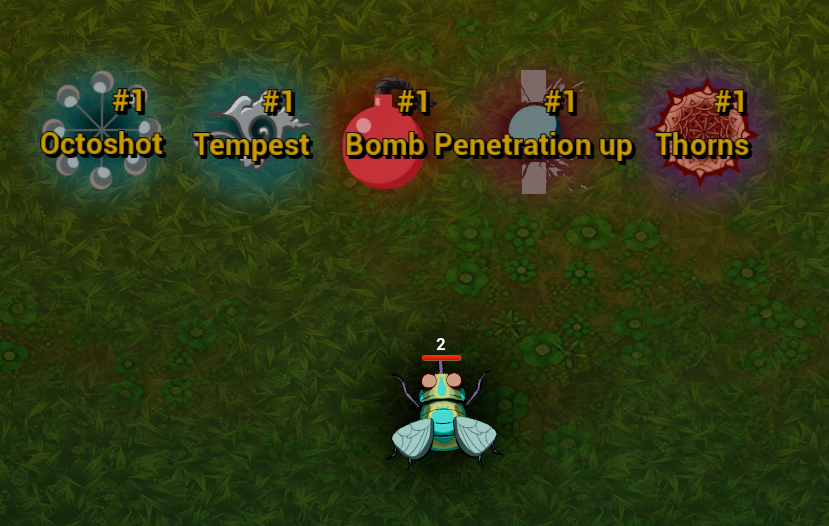 Ant colony, beehive, spider hole. These are "enemy spawners" you wanna take out first to avoid getting overrun. 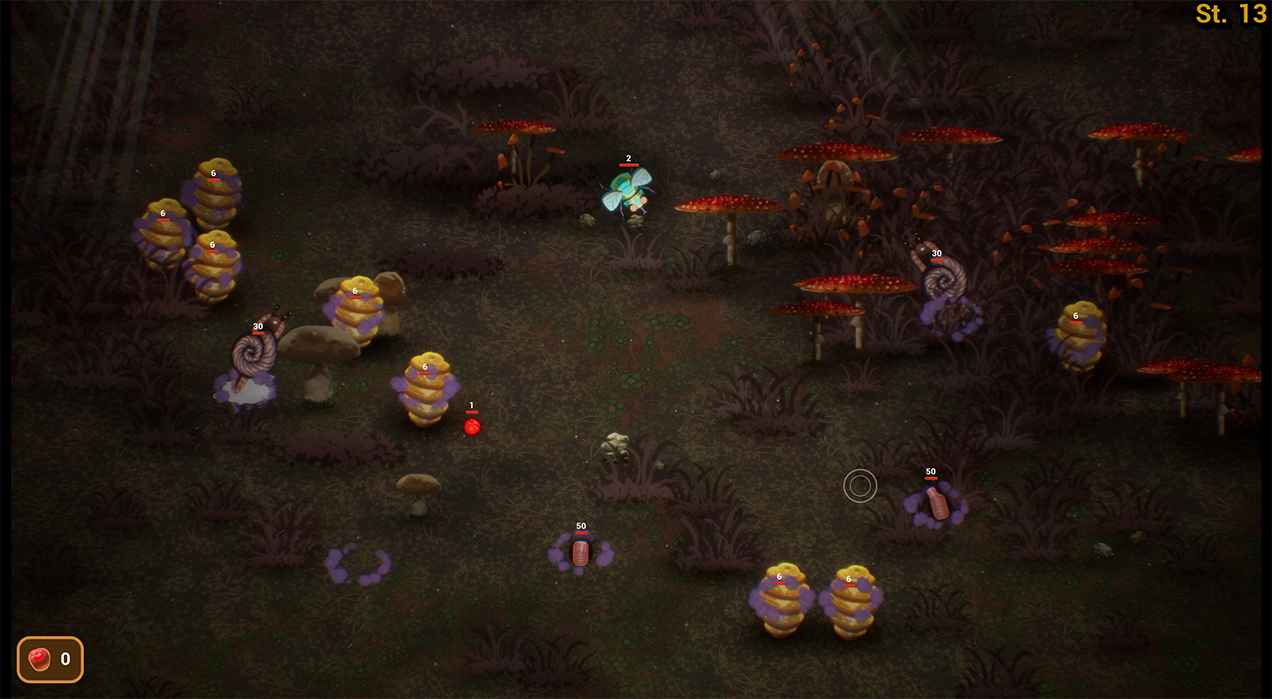 New animations for some enemies and other assets. Many balancing adjustments. New textures for the ground.+ additional changes and additions.

Get In the bush

You will be squashed